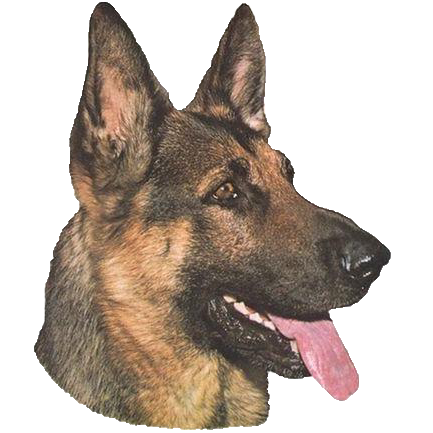 Officer Walsh is a nine year veteran of the Prince William County Police Department and a tenured member of the USPCA for the last three years.  Officer Walsh and his canine partner “Bronson” are a dual purpose team, certified in Patrol and Narcotics Detection with this association.  This nomination comes on the heels of an extremely successful quarter for Officer Walsh and his canine partner.  The case that I would like to highlight during this past quarter, which I believe demonstrates this canine teams tenacity and professionalism that reflects the high standards of the USPCA.

On 8/14/22 Officers responded to 4127 Glendale Road in reference to a fight with weapons.  The suspect had left the scene in a Toyota sedan prior to officer’s arrival.  A patrol officer located the suspect vehicle a short time later and initiated a stop on the vehicle by activating his emergency equipment.  The vehicle disregarded the officer’s attempt to stop it by accelerating to a high rate of speed.  The vehicle returned to the original scene and accelerated to a high rate of speed, attempting to hit officers standing in the roadway.  The vehicle stopped at the end of Glendale Road where the suspect fled from the vehicle on foot.  Officer Walsh and his canine partner cleared the vehicle as a perimeter was established.  The canine team was able to establish a track from the driver seat of the vehicle that lead in a 45 degree angle off the front of the vehicle to the end of the street, over a guard rail, through a wood line into an open area surrounding a fenced retaining pond.  The canine team jumped the fence, into the back yard of 3934 Spirea Court where Bronson located a shoe.  The canine team continued over a 6 foot fence in the far corner of the property, into an adjacent back yard, across the yard to another fence line, up a woodpile over another fence into a heavily wooded area with thick patches of brush and thorn bushes.  The team continued tracking, crossing a creek bed and entering another thick wooded area, up a rocky incline and back into woods, leading into the creek.  The track continued to a large concrete pipe.  Canine Bronson proceeded to the side of the pipe and up an embankment.  On top of the pipe was a steep hill covered in thick pine brush.  The track continued up the pile of brush where a second shoe was located towards the top of the hill.  The track proceeded up the hill leading to Bluefin Drive.  As the canine team stopped to update their location the suspect revealed himself from a place of hiding and taken into custody without incident.