When chartered in Washington, D.C. in August, 1971, the Association established the National Executive Committee. This committee consists of a National President and Vice Presidents, National Secretary, National Treasurer, and a Board of Trustees. All are elected by the general membership and serve two-year terms of office. Regions and Districts, similar to chapters, were also established and determined by geographical area. Each Region or District elect their own officers and are responsible for their day to day activities. The elected President of each Region or District automatically becomes a member of the National Executive Committee. There are currently twenty-four Regions and four Districts across the United States and Canada.

Of all these Regions and Districts, Region Three is one of the largest and most active. With geographic boundaries consisting of the states of Virginia, Maryland, Delaware, West Virginia, and the District of Columbia, Region Three has continued to attract more than 250 members year after year. With our Regional Police Dog 1, Detector and Tracking Certification Trials, and our Training Seminars and Iron Dog Endurance Run, we have built a reputation as one of the most active Regions within the Association, and most certainly the most organized.

The National Association meets twice a year as a whole. In the Spring, during the National Detector Dog Trial and Seminar, and again in the Fall, during the National Police Dog Field Trial and Seminar. During these week long meetings, the National Executive Committee meets to determine future policy; new training methods are discussed at our seminars; and members from around the country are able to exchange information that will help to better prepare them for the challenges facing modern law enforcement professionals.
Objectives of the United States Police Canine Association, Inc.

To unite in a common cause all law enforcement agencies utilizing the services of the canine as an aid in the prevention and detection of crime.

To endeavor to establish a minimum working standard, and improve the abilities of the canine in police work, thereby rendering better service to the community.

To establish and maintain a legal assistance fund for acts resulting in civil suits from the use of police trained canines.

To coordinate the exchange of ideas of any advanced training utilizing police dogs.

To improve the image of the working police dog to the populace in general through improved public service in the prevention and detection of crime.

To aid and assist those law enforcement agencies making application for information concerning the establishment of canine sections within their respective departments. 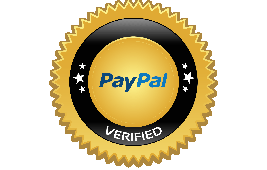